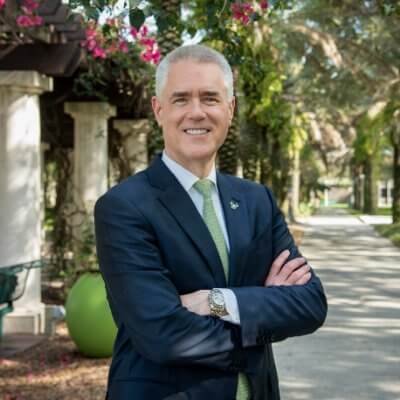 He has conducted research and taught for three decades on organizational psychology topics such as innovation, emerging technologies, negotiation and corporate governance.

He is a Fellow of the American Association for the Advancement of Science, elected for the study of societal impacts of science and engineering. At the invitation of the U.S. President’s Council of Advisors on Science and Technology, he served as a member of the Nanotechnology Technical Advisory Group.

Dr. Currall has been a grantee on $21.5 million in external funding, of which more than 78 percent came from refereed research grants from the National Science Foundation (NSF) and National Institutes of Health. Dr. Currall was lead author of a book on university-business-government collaboration entitled, Organized Innovation: A Blueprint for Renewing America’s Prosperity (Oxford University Press). The book, which is based on a study funded by the NSF, was the culmination of a 10-year research project on interdisciplinary research involving science, engineering and medicine. At USF, he is a tenured professor of Information Systems and Decision Sciences in the Muma College of Business.

Currall is a member of the Council on Competitiveness, a group of university presidents and business leaders that bolsters America’s investments in talent, technology, innovation and infrastructure. He is a Commissioner in the group’s flagship effort, the National Commission on Innovation and Competitiveness Frontiers.

Previously, Dr. Currall served as provost and vice president for academic affairs at Southern Methodist University in Dallas. In that role, he oversaw all academic colleges/schools, as well as led the strategic planning efforts that resulted in the report entitled, Continuing the Ascent: Recommendations for Enhancing the Academic Quality and Stature of Southern Methodist University. At SMU, Dr. Currall was the David B. Miller Endowed Professor and held academic appointments in the Cox School of Business, Dedman College of Humanities and Sciences and the Lyle School of Engineering.

Dr. Currall held a number of positions at the University of California, Davis. He served as senior advisor to the chancellor for strategic projects and initiatives, which included co-chairing a campus-wide strategic visioning exercise to position UC Davis as a “University of the 21st Century.” Dr. Currall also co-chaired a committee charged with growing research expenditures to $1 billion. Prior to the chancellor’s office, Dr. Currall served as the dean of the Graduate School of Management for over five years.

During his time in California, Dr. Currall was vice chair of the board of directors and member of the executive committee for the 10-campus University of California Global Health Institute. He also served on the Board of Directors of the California Life Sciences Association. In Texas, he served on the University Advisory Committee, Cancer Prevention and Research Institute of Texas, a $3 billion statewide initiative to fund cancer research and prevention programs.

At University College London, Dr. Currall was the founding chair of the Department of Management Science and Innovation in the Faculty of Engineering Sciences, where he was also a vice dean. During the same time period, he was a visiting professor of organizational behavior and entrepreneurship at the London Business School.

From 1993 to 2005, Dr. Currall served in a variety of faculty roles at Rice University, including the William and Stephanie Sick Professorship of Entrepreneurship, a $2.5 million endowed professorship in the George R. Brown School of Engineering. He was also a tenured associate professor in the Jones Graduate School of Management. At Rice, he founded the Rice Alliance for Technology and Entrepreneurship, which assisted in the launch of more than 160 new technology start-up companies. Those firms raised in excess of $300 million in equity capital.

During 2003, Dr. Currall was a visiting scholar in the University of Chicago’s Booth School of Business.

He has served as a member of several editorial review boards, including Academy of Management Journal, Academy of Management Review and Organization Science. He has been widely quoted in a variety of publications, including the New York Times, Wall Street Journal, Washington Post, Financial Times, The Conversation, British Broadcasting Corporation (BBC) television, and the Nightly Business Report on public television.

No data was found